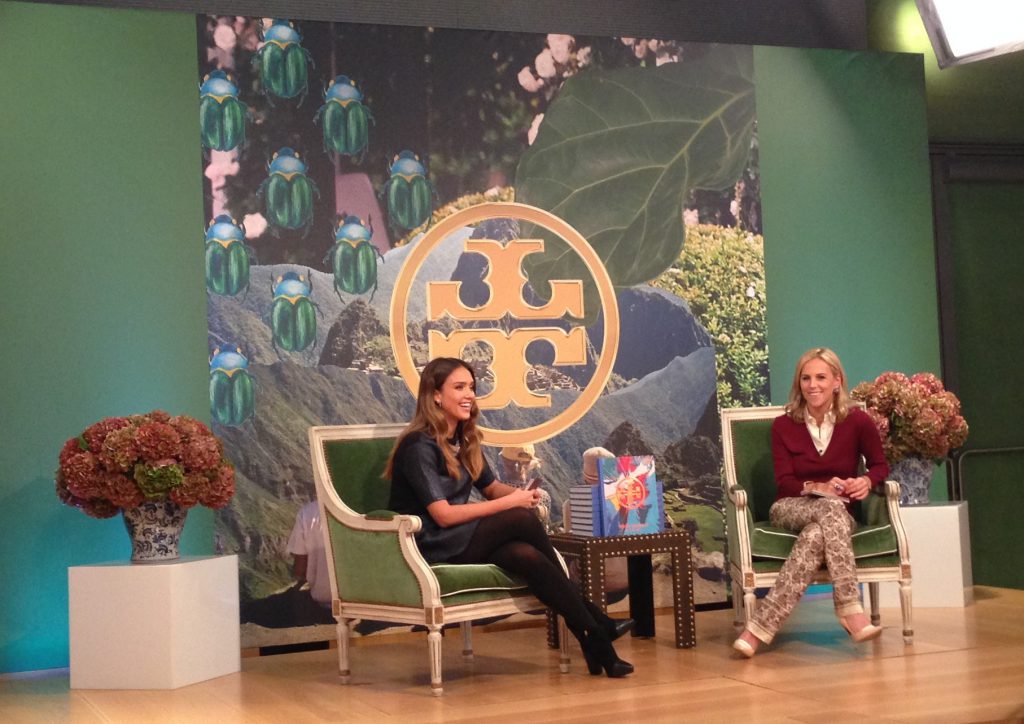 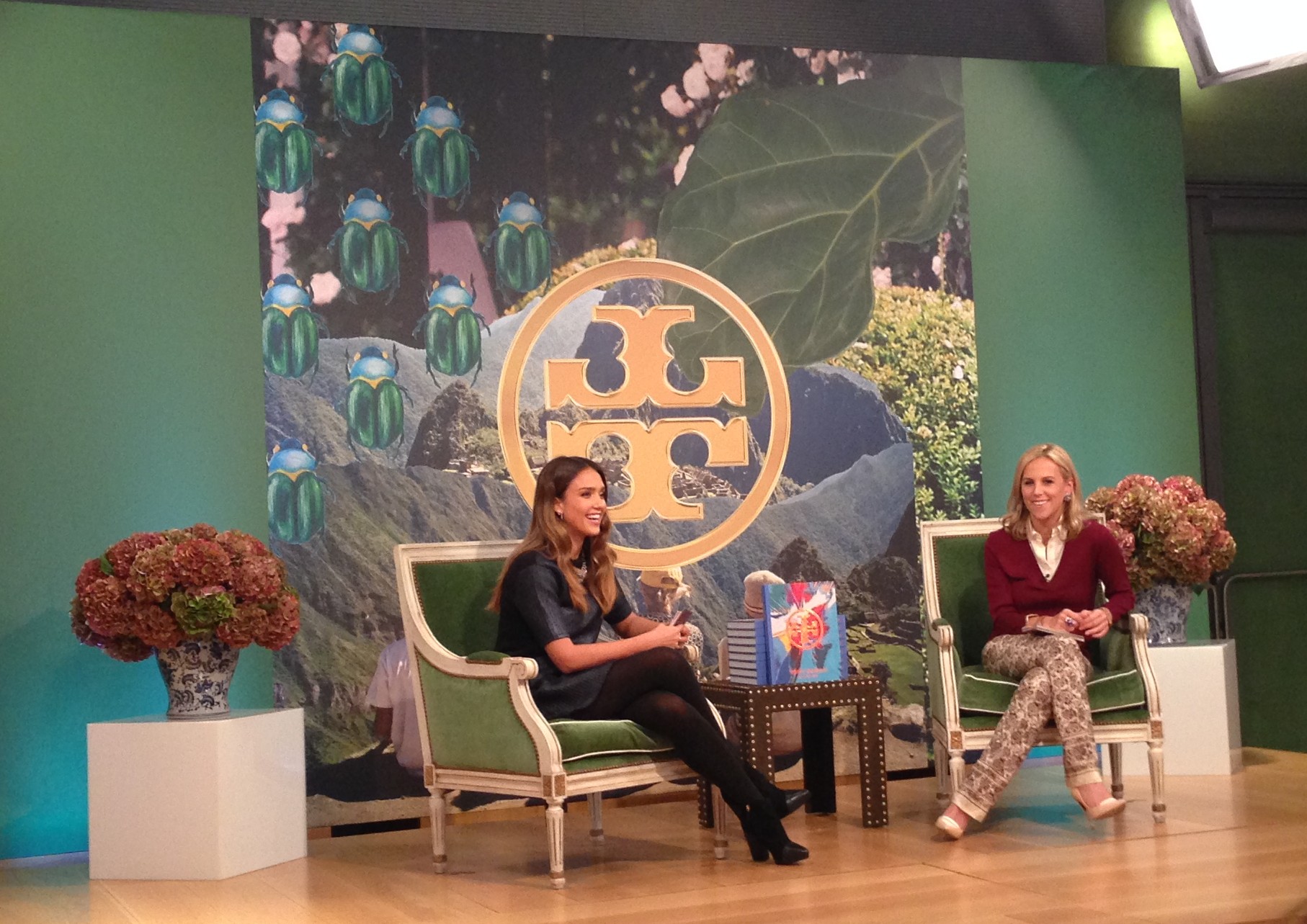 Tory Burch, known as much for her love of the color orange as for her sporty flats and dreamy caftans, has released a gorgeous coffee table book today, “Tory Burch: In  Color” about her 11 favorite colors: orange, blue, green, purple, pink, red, yellow, white, black, natural and gold.

I was blessed to meet Tory last week and have her sign the book, which is being released today.  Last Friday afternoon at the Nasher Sculpture Center in downtown Dallas, Tory was joined by her friend Jessica Alba (actress and founder of The Honest Company) to discuss the book and other topics of interest including how she balances motherhood and a career, and the roundabout path she took in starting her namesake company.

Tory considers herself a late bloomer having only started her wildly successful company 10 years ago.  Tory departed a career on the rise with LVMH to stay at home with her three young boys.  Four years later, she started her company because she felt there was a need for high-quality, affordable clothing and accessories.  She certainly hit the mark!  However, she said she was not an overnight success, spending many of her first two years on the phone with her Hong Kong operations until 3:00 a.m. her time.

Tory was raised on a farm in Pennsylvania with three brothers.  Her parents Buddy and Reva (for whom Tory named her first flat) who would leave Tory and her brothers with family to take six-week worldly vacations, returning with various exotic souvenirs.  In addition, Tory’s childhood home entertained many “overnight” guests who invariably would stay long past their expected departure dates.  As as result of this unique upbringing, Tory’s aesthetic reflects an appreciation for diversity, one that is decidedly multicultural.

I greatly enjoyed the event, hosted by American Express, and I am very appreciative to my dear friend Peg Baird for allowing me to be her plus one!  Pick up a copy of Tory Burch: In Color, even if you are not familiar with Tory or her company.  I think you will find the content, including many beautiful photographs, to be highly inspiring and a lovely addition to your library.  Tory sees the world in color, and I think we all should!