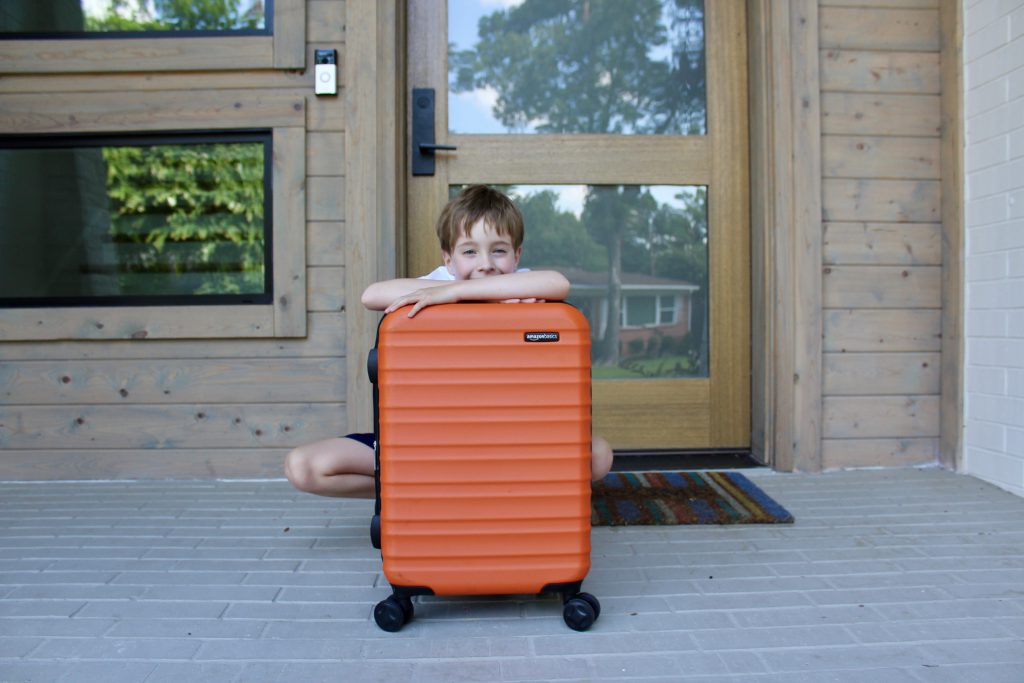 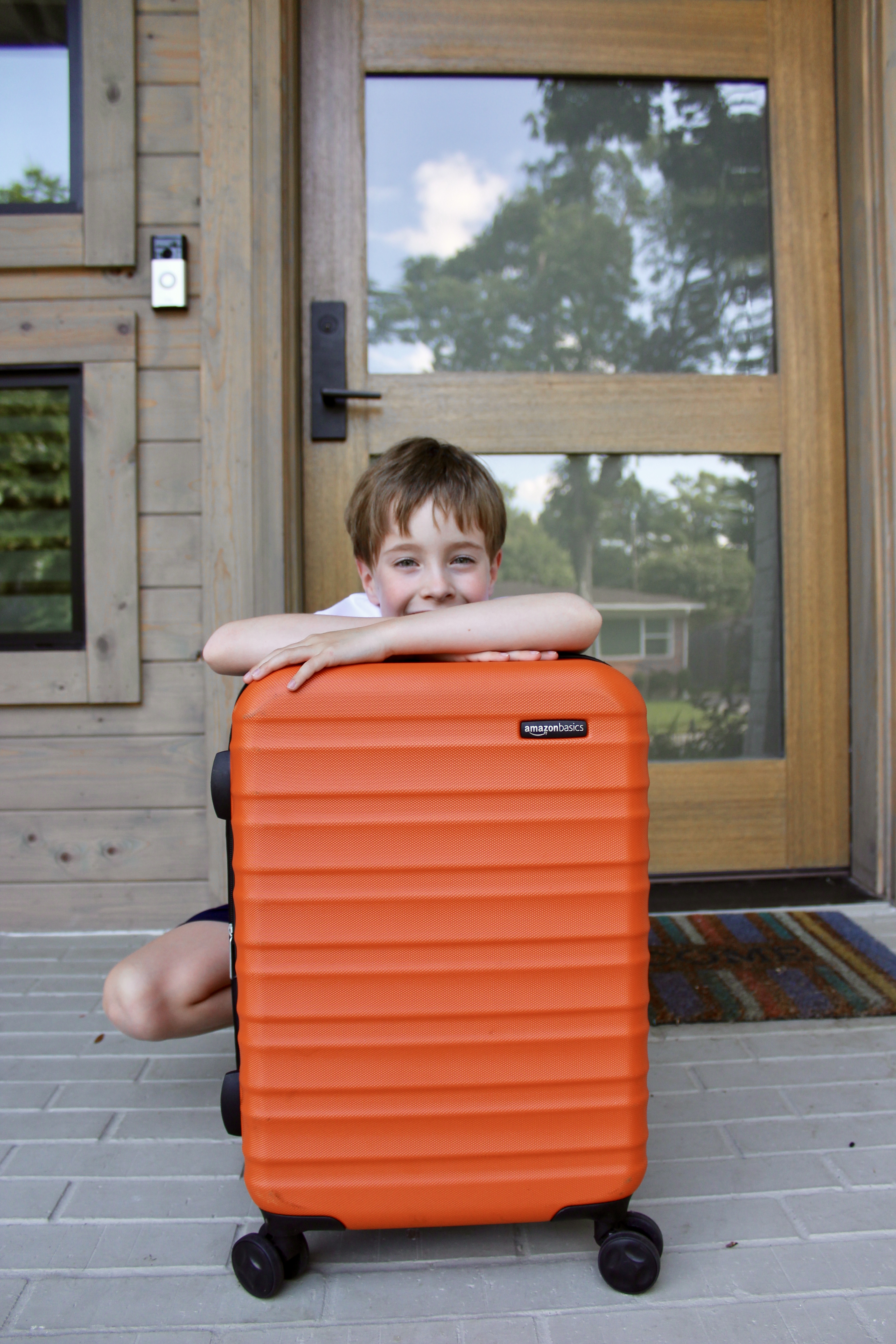 You wouldn’t think an orange suitcase would go missing on a direct flight from Tampa International Airport to Dallas Fort Worth International Airport. However, that’s exactly what happened at the conclusion of our family trip to Florida on June 30. The suitcase belongs to my daughter, and inside the suitcase were three irreplaceable, precious items to her. Sadly, we did not place a luggage tag on Vivien’s suitcase, a terrible mistake, nor did we have any identifying information inside the bag.

Never check a bag without an identifying tag on it. The ones they provide at the airport will do in a pinch, but go a step further by purchasing a sturdy one before your next trip. In case the tag falls off, place a card inside the bag with your contact information on it.

After Vivien’s bag did not show up for several days, I called American Airlines to get more information. The agent who assisted me said the bag was never scanned after it left the ticket counter. We both thought that was odd. She explained the bag would have been scanned at TSA, as well as on the cart going to the aircraft and again as it was loaded onto the aircraft. The American agent called Tampa Airport for me, while I waited on hold. The Tampa rep told her they did not have the bag. My heart sank. Vivien was asking me every day about her bag, and every day I had to tell her they had not found it.

As a last-ditch effort, last week I wrote a letter to Mr. John Tiliacos, EVP of Operations at Tampa International Airport. I was hopeful, but I tried not to expect too much. Thousands of bags roll through international airports every day. What are the odds of finding Vivien’s? Most of all, I wanted Mr. Tiliacos to know what happened. Perhaps there was a glitch somewhere in the processing of the bags. I didn’t want this to happen to another family.

On Friday night, I was reading an article on my phone when a call came in from area code 813. I know that area code. It’s Tampa. My mind was racing. I slid to answer, trying to sound calm. The person on the line was Brian Singleton, Manager of Operations at Tampa Airport. He said the words I thought I’d never hear, “I think we’ve found your bag.” He rattled off some of the contents to confirm it was ours. I was a mixture of emotions: relief, disbelief, shock, happiness. As I rushed to tell Vivien the wonderful news, I started to cry. The silky monogrammed blanket she has slept with her whole life was inside the bag, along with her fuzzy eye mask and her stuffed horse, which she sleeps with every night.

Keep Personal Items with You 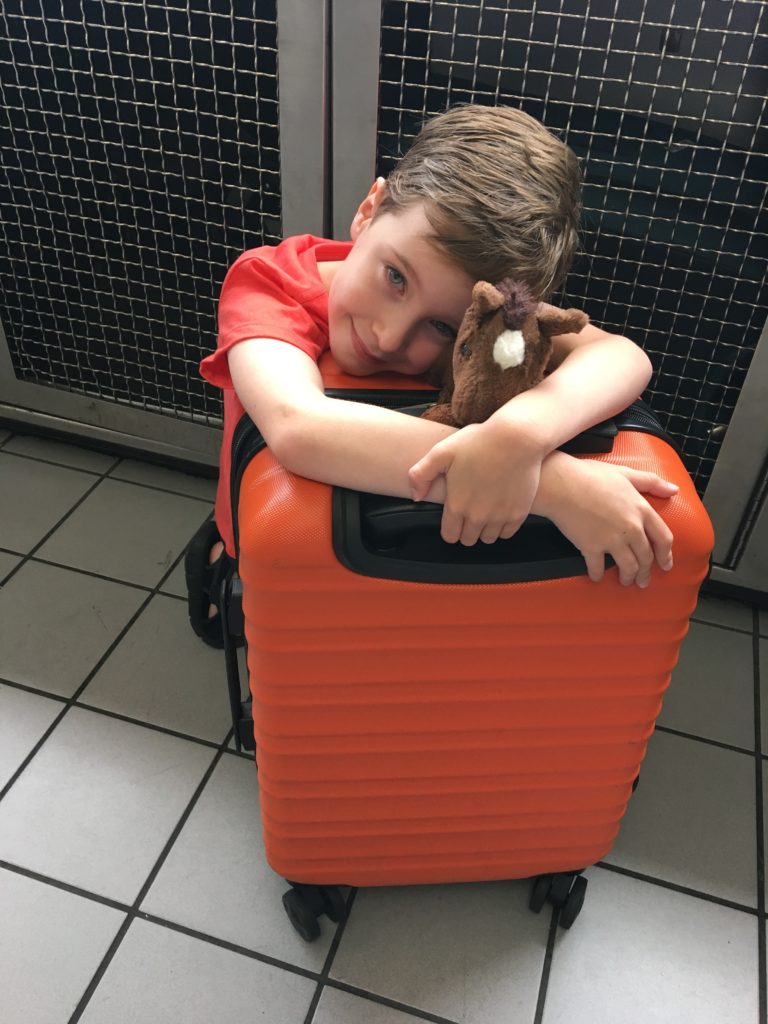 Your most precious items belong with you, not in your checked bag. Vivien’s bag was expedited to DFW the next morning, and she was reunited with her special things later that day. As you can see, she was relieved to have Chestnut back in her arms.

After I spoke to Mr. Singleton on Friday evening, Mr. Tiliacos called me. I was floored that a high-ranking executive of a large international airport took time on his Friday night to make a personal phone call. His actions made all the difference in this story.

Mr. Tiliacos saw my letter on a stack of mail on the way out the door on Friday. I had hand-written the envelope, which made it stand out. Rather than keep walking, he stopped, opened it and read it. Then, he took immediate action to find our bag. That is customer service at its finest, placing our needs ahead of his own.

Never assume your problem is too small to be addressed. Write the letter, make the phone call, send the e-mail. If it matters to you, it is important.

We are forever indebted to Tampa International Airport’s Operations team. This story has a happy ending because I wrote a letter and Mr. Tiliacos cared enough to interrupt his Friday evening to take care of us.

Your Actions Determine the Care You Receive

A key takeaway for me with this story is customer service is not dead; however, I have to take the lead.

When you speak to others with respect and care, you may not always get your desired outcome, but you often receive care and respect in return. I could have yelled at the American Airlines baggage agent on the phone or written an emotional, accusatory letter to Mr. Tiliacos, but that would have led me to a dead end. Because I made an ally of the bag agent, she passed along very useful information in finding Vivien’s bag. Thanks to the careful tone of my letter, Mr. Tiliacos was inclined to help me in a speedy fashion. Being professional, polite and civil creates a life that is more so.

Give others opportunities to shine. Sometimes people disappoint us, but don’t let that color your world. There are still a lot of people who want to excel and want to make a difference. The TPA operations team proved that to me.

Where in the World was Vivien’s Bag?

Vivien’s bag was found at Lufthansa’s lost luggage. Lufthansa Airlines was one of the three airlines working that area when we checked our bags. Dankeschon to Lufthansa for hanging onto Vivien’s bag long enough for us to find it!

Your Image is Found in Your Actions

Why is an image consultant is sharing a travel story on her blog? The reason is “image” comprises: Appearance, Behavior and Communication. These are the ABCs of image. Want to know more? Message me, and let’s talk. Your best image awaits!

Hear it on my Podcast

I share this story on my Podcast, Bethany Says: Beauty, Style & You. Listen to the episode here.